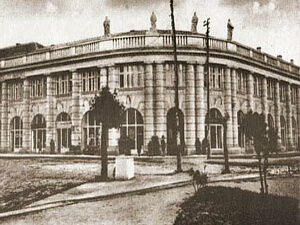 There are cities which became the capital by their development through history, and others that were built to be the capital. Smederevo is one such town. The last Serbian medieval capital, it was the last attempt to protect the glorious Serbian medieval state. Also called Water city, the largest lowland fortress in Europe, the gateway between East and West, all of these are epithets that adorn Smederevo. 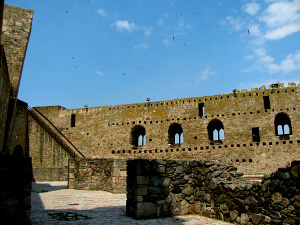 Only the windows of Despot Djuradj's court are still here to attract your view as they have attracted many views of European residents in the 15th century, who came to see the miracle – glass windows. Not just any glass. The most expensive one. From the famous Venetian island of Murano. And only can here you still hear how the Serbian despot, while building stone towers for his defense, also made a very acoustic palace where he would enjoy the music of his court composer Kir Stefan the Serb. And not only him and his royal suite, but also many European kings and princes who came to Smederevo, to trade, negotiate, promising the Serbian despot to help Serbs in defense against the Ottoman Empire, and to pray over the relics of St. Luke, one of the four Evangelists, the first iconographer and doctor, who found his peace for a short time in Smederevo. Today, he protects us from Padova in Italy. There are still remains of the church inside the fortress to testify about those times.

The triangle shaped fortress is today a point of departure for further development of the city of Smederevo. The city spread out starting from the fortress, guarding the signs of life, battles and suffering, as well as growth and development through the history. Only in Smederevo can you see a mulberry tree, over 300 years old, under which Karadjordje took the city keys from the Turkish commander in 1805. To the gathered crowd he said – We continue where we stopped, Smederevo was the last Serbian capital and shall be the first capital in the liberated Serbia. And truly, even today, you can see a memorial plate in Smederevo, on the house where the first Serbian government was located - the First Praviteljstvujušći Sovjet Srpski, from 1805 to 1807. 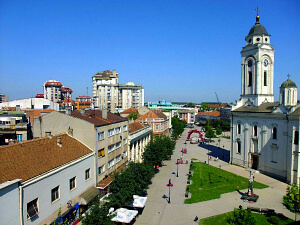 Continuing through history, the dynasty Obrenovic marked this city by bringing it the breath of Europe. They were building churches, district offices and the court, the town square was arranged, to be just like those in Europe, because Europeans were coming by ships to Smederevo for the famous wine and grapes. Hard-working winemakers and fruit growers from Smederevo welcomed ships at the port in 1888 and exhibited their products on the Danube promenade, without knowing that they have started one of the oldest events in Serbia called Smederevo Autumn. 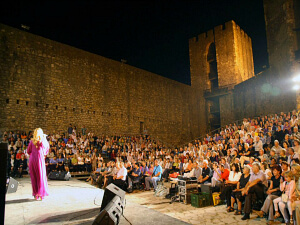 The Second World War brought Smederevo the greatest destruction in its history. By order of the occupying power, Smederevo fortress was set to accommodate the remains of the military forces of the Kingdom of Yugoslavia. Tons of boxes of ammunition, grenades, gunpowder, explosives, barrels of fuel, gasoline, oil were transported to the fortress from all sides. On 5 June 1941 at 14:14, the storage of explosives in Djuradj’s fortress blew up. In a single moment it claimed the lives of 2,500 people and wounded twice as many. In just a few seconds, one third of all houses in Smederevo were demolished. The largest lowland fortress in Europe suffered huge damage. The monument is located in the area between the Museum in Smederevo and the Smederevo fortress.

In the period after the war Smederevo developed as an industrial town, because of the ironworks, which is still operating, and is the initiator of the industry of the town and the whole of Serbia, but it is also a town of young people, the town of sport and the town of wine and tourism.

Today, Smederevo is also the city of wine and you can taste those wines in the wine town on the main square. Smederevo is known for its relaxed atmosphere, good food, quality wines, festivals, events, concerts, and vibrant cultural life during the whole year. 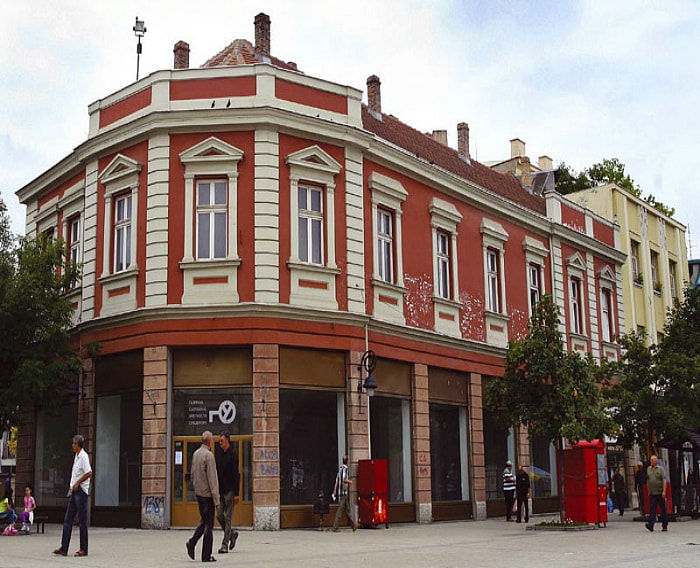 The Gallery of Modern Art has been operating as a part of the Museum in Smederevo since 2005. It is located on the main town square. 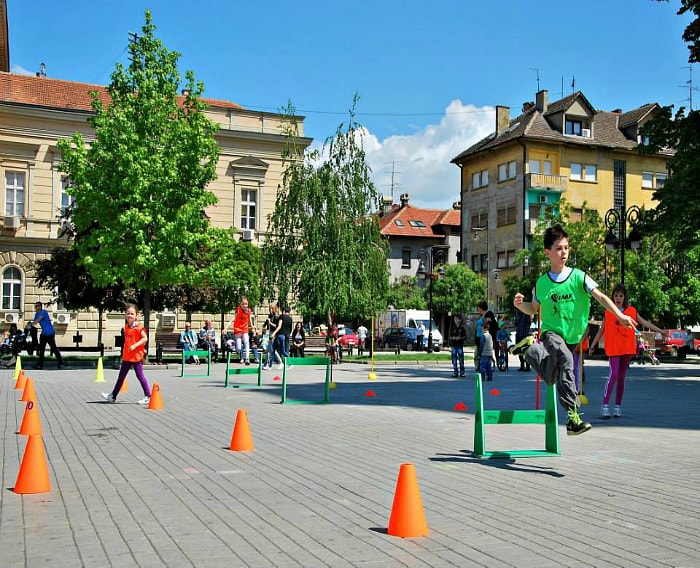 Be inspired by our Top 10 Things To Do in Smederevo – from walking tours and cultural events to gardens, there’s something for everyone.