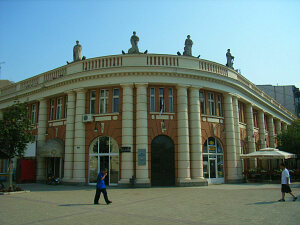 On the proposal of municipal councilors’ and ”Association of benefactors” who donated land and partially participated in construction financing, according to the project from 1926 made by academician Nikolay Krasnov, famous architect from Russia, in the city center and on proper regulation lines of old streets Leader Karadjordje and King Aleksandar, the building of former Smederevo’s Municipal Hall was built in 1928.

The Building’s characteristics are its massive and representative structure with emphasized horizontal elevation. The Old City Hall has a complex basis, and consists of a cellar under one part of a building, ground level and one upper floor. Street fronts are of different length and are facing the Republic Square, or the current widening of the Republic Square, where the fountain "The Bathers" made by sculptor Aleksandar Zarin is. The artistic point was achieved with unique treatment of façade fronts and it is based on strong contrast of horizontal and vertical. Simple rhythm of vertical dividing emphasized verticality of façade’s panels, in which ports are opened, is achieved by using heavy double pilasters with strong horizontal joints. With a noticeable absence of horizontal pitch diameter garlands, The Old City Hall with its size and mass, as well as highlighted roof garland has emphasized horizontality as the primary artistic determinant of the entire building. The specificity of The Old City Hall’s architecture is angled conceptual design of the main entrance, which is partly accentuated by four tall figures in contrapposto. These sculptures are places on the balustrade and they represent the personification of justice, labor, science and culture. The main characteristic of the The Old City Hall's entire architecture is a hall, earlier used as Assembly Hall and now as a Movie hall, which in terms of designing represents a very elegant and practical solution with outstanding acoustic attributes. In general, the architecture of the Municipal House has the spirit of a mature and in a special way innovative eclecticism of last century’s twenties. 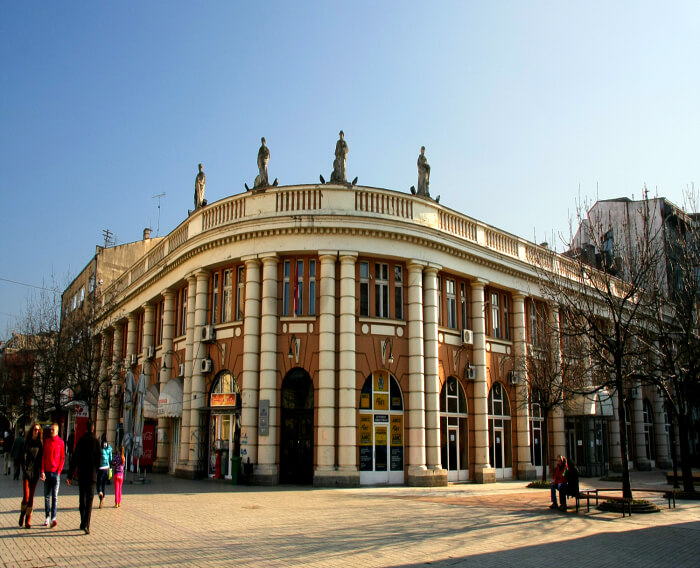 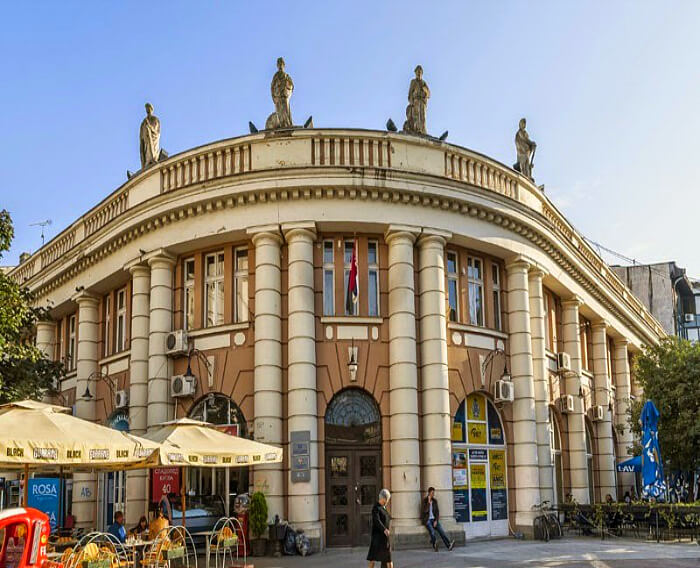 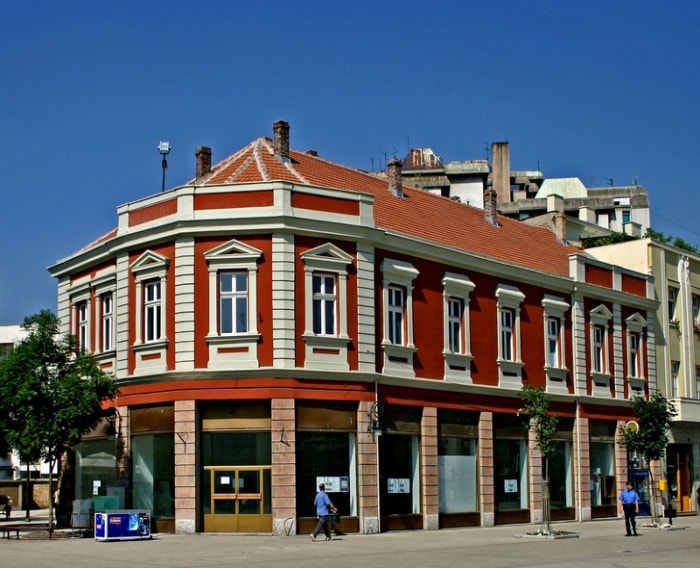 The former hotel "Ninic" was built in 1928/29 and represents a fine example of urban architecture in the historistic spirit of the twenties of the 20th century.