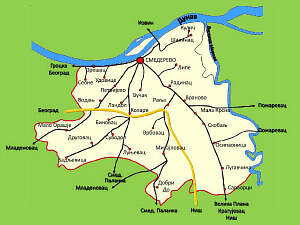 Want to know more about Smederevo’s villages? Let us help you make the most of your visit here and let us tell you a bit more about some of the fascinating Smederevo villages that you can easily visit. Smederevo is famous for its picturesque villages, and visiting these tranquil countryside destinations can be a welcome break from the noise and frenzy of the town. Whether you’re thinking of moving out of town to a quieter place you can commute from, or you’re just looking for somewhere to take a short relaxing break, these villages should not be missed. 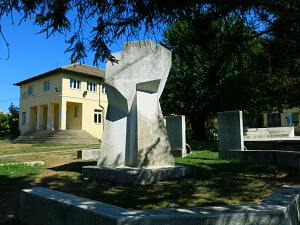 The village of Vodanj belongs to the Podunavski district. It is situated on the main road Smederevo - Mladenovac, and it is 9 kilometers away from the city of Smederevo. The highway Belgrade - Nis passes near Vodanj.

Village of Vodanj is the youngest village in the municipality of Smederevo. The first settlers in what was then Vodanj aliya (forest) had come in 1826 from a mining district, but they were soon expelled by the villagers from Landol, who used the area for grazing cattle. Expelled families usually went to the nearby village of Petrijevo, where they finally sent a petition to Prince Milos to allow them to return to Vodanj ailya. Prince Milos Obrenovic fulfilled their request and officially declared Vodanj a village in 1836, so that year is considered the year of the founding of the village. 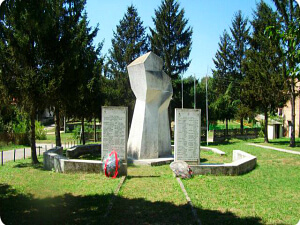 According to the census of 2002, there were 1314 inhabitants living in 370 households. The villagers are mostly engaged in agriculture, and there are several successful private companies that employ local population.

With good road communication (the highway, the road for Smederevo, Pozarevac, Mladenovac, surrounding villages) Vodanj also has good rail connection. Next to the village there is the Belgrade-Pozarevac railway, and the railway station Vodanj is located in the settlement of Suva cesma, towards Ralja.

In Vodanj, each year in early August, the Peach Days are organized, an event dedicated to the presentation of the village and improving the production and development of peach and fruit growing generally. Hard-working fruit growers from Vodanj annually produce over 500 wagons of the highest quality peaches. 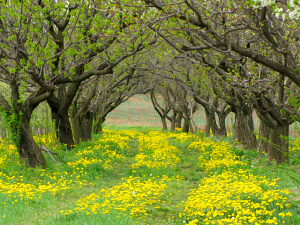 The village of Udovice is located on the southwest side of Smederevo, by following the paved road to Belgrade, where after about 4 kilometers another paved road separates through the settlement of Jablan and goes to the village.

The village lies on the sides of the Udovice stream, mostly in its upper course on the so-called Danube beam, at an altitude of 191 meters, or on the part of the land above the Danube river and the inhabited part of the village called Jugovo, which is known by the name "Golden Hill" (Mons aureus). The village is spread around the Udovice stream, Babin razboj and Prokop to the Danube, and at Jugovo and Prevoz, from the 1960s, a large settlement next to the Belgrade road and the Danube River has been created. It's all Udovice, with the total area of 1119 hectares. 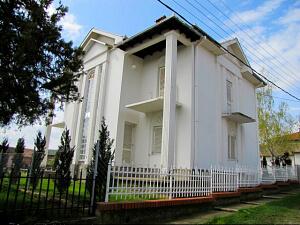 Udovice is an older settlement. Nearby there are clues that point to a very old village and life since the Roman times. According to tradition, there existed a village Podgorica here, where the Zmaj despot Vuk, in order to punish the villagers who were hiding Albeg, took 60-70 villagers and executed them. Since many women in the village became widows then, therefore, they say, the village was called Udovice (literally meaning Widows, in Serbian). Old people say that today's Udovice aren't in a place where there was a village Podgorica, but between old Podgorica and recent Udovice, where there was a monastery called Kokora. Today, the traces of the foundation can be seen, as well as traces of the cemetery which was next to the monastery. There is now a spring called Zmajevac.

The village has 538 households and 2201 villagers. They mostly work in fruit growing and viticulture. Of 1119 hectares of land, 88% is covered by fruit and wineyards, and the rest are gardens, forests and infertile land. The village has a long and rich tradition of fruit and vine growing.

The village has got a Center for culture, built in 1961, and renovated in 2006. The village church was built in 1939-1940, and was renovated many times. The patron saint of the church is the great martyr Marina and is celebrated on 30 July every year. In the centre of Udovice there is a monument to fallen warriors from World War I and II. 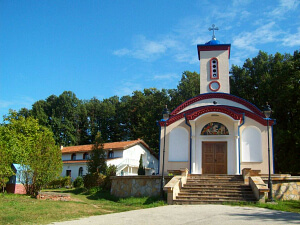 Petrijevo is located southwest of Smederevo. The village was not always in the same spot. Earlier, it was further north, closer to Smederevo, and this place is called Old Petrijevo. In Old Petrijevo even today there are traces of antiquity, and in the vicinity of the old church there are signs of cobblestones, boards and others. Tradition says that stones were taken from the old church to be taken to the church in Kolari. The village was moved to the present location by order of Prince Milos. They say that Prince Milos ordered the village to be moved to the present location because it was near Smederevo and because its residents had little area. According to the census from 2011 there were 1451 people (according to the 2002 census there were 1093 inhabitants). 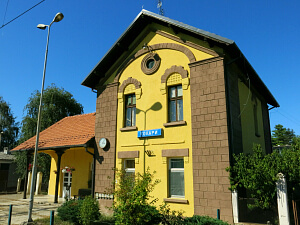 About 10 kilometers from Smederevo, on the way to Smederevska Palanka in the Ralja valley, there is the village of Kolari, which was a small settlement at first, by a decree of King Milan at the initiative of the famous Kolari resident general Sava Grujic, former minister in the government. The data indicate that the settlement existed since Roman times, as evidenced by a fountain in the center of the village, and numerous items from this period, and records of travel writers. Located next to the Constantinople road, residents were primarily concerned with the repair of coaches, so the village was named Kolari (literally meaning wheelwrights in Serbian).

Currently, there are around 1600 residents in Kolari, in about 370 households. The road itinerary that connects the central region of Serbia with Smederevo passes through Kolari, and about 2 kilometers from Kolari there is the international highway connecting western and northern Europe with the south of Europe and beyond, the Middle East. Another advantage for the development of Kolari is the railway of international and even intercontinental significance.

Kolari has quite a frequent agricultural production and agricultural crops occupy an area of ​​about 730 hectares. Farming, fruit growing, viticulture, and animal husbandry are represented in equal proportion.

Center for culture in Kolari began working in 1954, and the room designed for film screenings and various cultural and artistic content has 274 seats. The library has been working since 1974, which is now a branch of the National Library, and has over 6,000 books. The present church dedicated to St. Apostles Peter and Paul, was built in 1847. at the same place where there was a church of the Annunciation from 1724 and the data show that there was a wooden church in the same place before that. 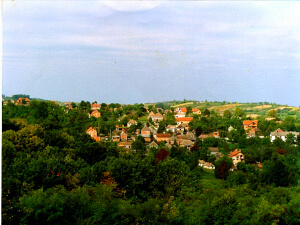 Between Smederevo and Mladenovac, hidden in the hills of Sumadija and bordered by oak forests, there is a small, but very pretty village, Malo Orasje. It is 17 km away from Smederevo and belongs to the municipality of Smederevo and the Podunavski district. This seemingly small, but in the hearts of its inhabitants large village, according to the latest census from 2002 has 330 households and 1139 residents.

In the center of the village there is a primary school "Vozd Karadjordje", which is attended by students from the first to fourth grade, Center for Culture, whose reconstruction is in progress and which has 400 seats, and a medical clinic. The village has a church and a village patron saint’s day. Church of the Holy Apostles Bartholomew and Barnabas was built in 1931-36, and was consecrated by Bishop Venijamin.

Villagers are mostly engaged in agriculture, because this region is primarily known for exceptional arable land for growing fruit. The ancient Romans, many centuries ago, recognized the ideal soil for growing grapes, and the tradition of making good quality wines is alive today.

Considering historical content, in Malo Orasje there are monuments from the First and Second World Wars, erected in honor of deserving people who fought and gave their lives for the freedom of their people. 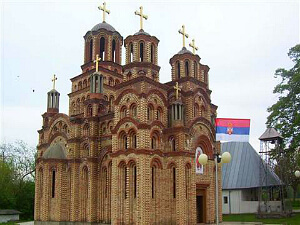 The village of Osipaonica is 14 kilometers away from Smederevo. The village is a typical plains village with all the features of Moravian settlements. It was mentioned at the beginning of the 16th century, which tells us that the Osipaonica existed in the times of the Despots. The total area of the village is 3497.78 hectares. Traditionally, Osipaonica was named by the first settlers, who established a settlement near the Morava river and built their houses on the ground that it was sandy and crumbling (crumbling, or in Serbian: osipati. Hence, Osipaonica). Osipaonica has about 1300 households and approximately 5500 residents.

Agriculture in Osipaonica is well represented. Of the total area of ​​the village, arable land takes up 2722 acres. The most common form of agriculture is farming, especially crops: corn and wheat, which is present in about 70% of arable land. Vegetable crops (mainly melons as a specific culture), fruit and livestock are also one of the dominant forms of agriculture.

The Cultural Centre was built in 1948 in the village center, with a capacity of 250 seats. It is most often used for CAS "Vuk Karadzic", the performance of school events, but is also used for various lectures and promotions that are relevant to the villagers of Osipaonica.

The old temple dedicated to St. Archangel Gabriel was built back in 1826 by donations of the religious people of this region, and a part of the money was given by the then Prince Milos Obrenovic. Work on the church was done by Milutin Godjevac with his masters, born in Valjevo. The temple is built of tufa stone, partly of brick and timber from this region. The iconostasis was painted by Jovan Stregovic, popularly known as Janja the Painter. Temple’s patron saint’s day is on July 26. The new temple was started in 2000 and was built in Moravian-Byzantine style and the majority of the works are completed. The largest contributor was Slavomir Radosevic and his family, Ministry of Religious Affairs of the Republic of Serbia, local community of Osipaonica, the City of Smederevo, as well as many of the faithful of the parish. Temple’s patron saint’s day is on July 12. The parish in Osipaonica has a completed parish hall, church hall and offices, as well as an unfinished parish hall. The patron saint’s day of the village is the second day of St. Trinity - Pentecost.

In Osipaonica there is a memorial plate located on the building of the Cultural Centre, which was built in memory of the fallen soldiers of World War II, a Memorial fountain as a source of artesian water where a house is built, Memorial scales, and the Bell in the schoolyard, which was built in 1933, has a height of 12 meters and is under protection as a specific site from the elapsed time. In the village there is the Steric family house that was used as a mezolana in the time of the Turks. 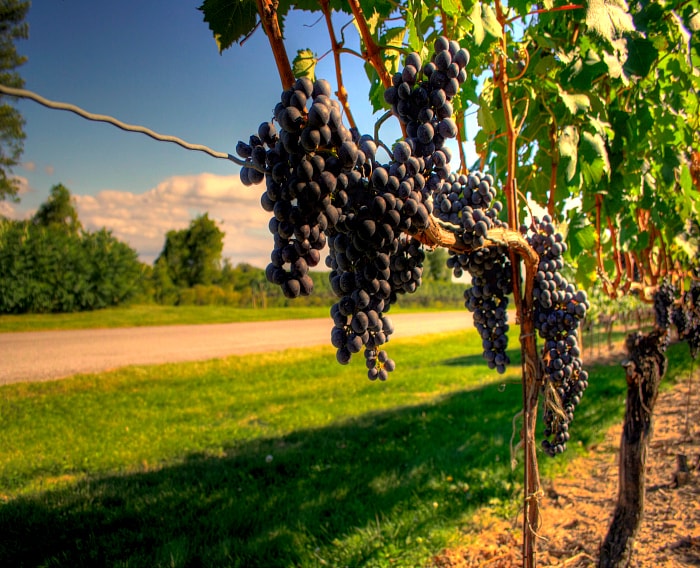 Do you love quality wines? See our list of Winemakers in Smederevo and try the "Smederevka" wine, one of the best wines in Serbia. 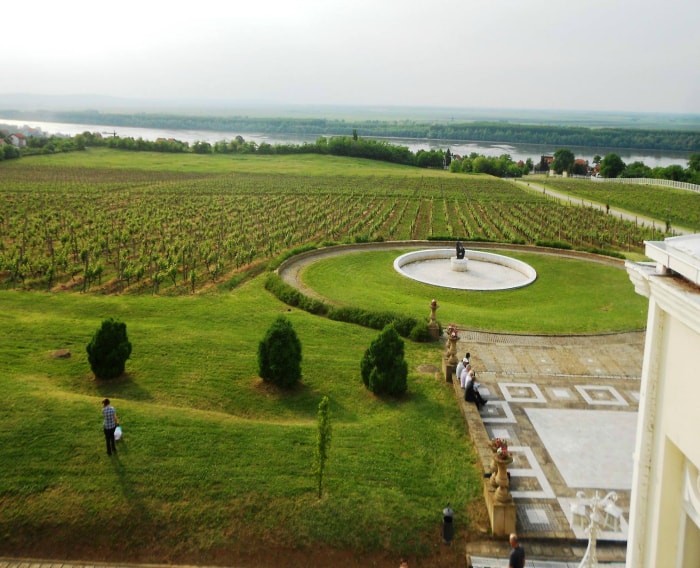 Innovative and intriguing tours led by expert guides will give audiences a unique insight into the Golden Hill Villa. Join us for an unforgettable experience.