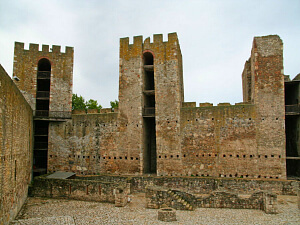 By order of Despot Djuradj Brankovic began in 1428, at the mouth of the river Jezava and Danube, at the very north of the country, the building of the Smederevo fortress, which became the seat of Serbian secular and clerical authorities of the time. Enormous quantities of stone necessary for the construction were dragged from ancient sites: Viminacium, Margum and Kulic, and Serbian medieval burial grounds were also sacrified. The Small Town – The Court – was built within two years, triangular of shape, with six towers, the strongest of which is the Donjon tower. A red brick inscription on the Despot’s tower that tells of the building of the town is preserved. Inside the Court, facing the Danube, there was a reception hall – MAGNA SALA AUDIENTIAS, that is – with three Gothic bifores where mediaval court life took place. Along with it there was a room with a Romanic bifore designated for the ruling family. In the Small Town there was a famous centre for goldsmiths and transcription work, as well as a coin mint. 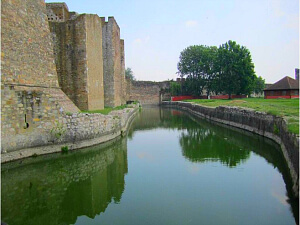 The great builder left a monumental inscription in Church Slavonic. The translation would be as follows: "To Christ God, the faithful despot Djuradj, ruler of Serbs and the Zeta shore, by his will this city was erected in 6938 (1430)".

In the period from 1430-1439, The Large Town – The Fortified Town – was erected in accordance with the triangular shape, taking up almost 11 hectares which puts the Smederevo Fortress among the largest European plain fortifications. Originally, Smederevo Fortress was made for defence against cold steel weapons, but it was soon adapted for fire-arms warfare. In a longer, peaceful period from 1444-1453, the Large Town was raised with 19 towers, whose height was more than 20 meters. In this space there were The Court Church and The Church of the Annunciation with the holy remains of St Luke, who is also today the patron saint of the town. The Large Town became known as craft and trade centre in which also a colony from Dubrovnik did their trade. After the Turkish conquest of Smederevo in 1459, the Serbian mediavel state ceased to exist.

In 1480 the Turks raised an outer defence wall around the Smederevo Fortress, and at the corners and at the entry into the Town four polygonal towers with gun openings. The outer wall facing the town and the Turkish polygonal tower at the entry to the Town were pulled down when railway tracks were built in 1880. In World War One, the Smederevo Fortress was badly damaged. The last, largest destruction happened in an explosion of ammunition, on the 5th of June, 1941. 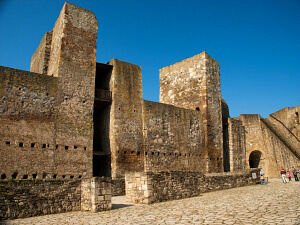 Some of the more interesting architectural parts of the Smederevo Fortress are the following:

The Cross tower a inscription about the building of the tower is written out in built-in bricks.

The Danube Canvas is one of the most representative examples of Serbian medieval building. There are four large double windows on it, carved out of stone, with gothic and roman arches biphores. Those were the despot’s living quarters and reception hall. The famous trading agreement was signed between Venice and Serbia in this hall.

The Donjon Tower where prominent persons retreated during Turkish attacks. The walls are over 4m thick. After the completion of the Small Town, they continued with the building of the Large Town of the Smederevo fortress.

During its long and turbulent past, the Smederevo Fortress was built and destroyed several times, assembled and disassembled, conquered and liberated, and it carries the sign of the times as a mark on its wall canvases and towers, as a testament of the unpredictability of history. It’s battlements are a symbol of the builders’ sacrifices, skill and artistic beauty. Today, it is a cultural and historic commodity of exceptional value, a popular tourist destination, as well being an exclusive location for musical, theatrical and other cultural events.

Sacred complex from the 10th century 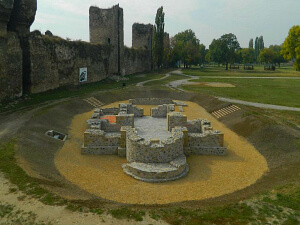 Sacred complex is situated in the southeast corner of the Smederevo Fortress. The foundation remains of the complex were discovered in 1981 shedding some light to hitherto not very much known Smederevo church history. Earlier evidence for the existence of church buildings in the Smederevo town consisted mostly of scarce written records and stone fragments from demolished church that Turks used when building the Water tower at the confluence of the Jezava and the Danube. It was known according to these data that the church of the Annunciation but also another smaller church certainly existed in the town. Smederevo became the capital and after 1437 also spiritual center of Serbia and Smederevo metropolitan Atanasije had the seat in Smederevo. Advanced spiritual life and piety of the ruling family and the people is confirmed in the vivid and detailed descriptions of transferring the relics of St Luke from Rogos to Smederevo in 1453. In the course of archaeological investigations of the Sacred complex carried out from 1981 to 1986 and in 2012 diverse and multi-layered foundation remains, complex building entities that had been additionally built and rebuilt on many occasions have been discovered. Large section of the necropolis has been investigated yielding many archaeological finds of which rather interesting is a pair of golden earrings with coat of arms and monogram of the Byzantine imperial Palaiologos family. The original single-nave church with shallow semicircular apse in the east and square narthex in the west got after rebuilding two square choirs, deeper apse of horseshoe-shape and completely unusual triconchal chapels added to the north and south of narthex. All these building phases could be dated to the time, which preceded building of the Smederevo Fortress and particularly to the period between 1428 and 1459. The Turks transformed the church into a mosque first in the period between 1439 and 1444 and after second conquest of Smederevo in 1459 and also built two additions. It was used as Catholic church in the time of Austrian rule from 1717 to 1739. It was demolished probably in the end of 18th or the beginning of the 19th century and remained unearthed until these days. There are various dates for certain building phases and also diverse interpretations. We hope that future investigations will contribute to the solving of many dilemmas imposed by complex structure of this sacred complex. The church has been conserved and partially reconstructed during 2012.

Tickets for The Small Town

One-hour guided tours can be arranged through the tourist office for 1000 dinars. For announcements of group visits and guide services, please contact the Tourist Organization of Smederevo. 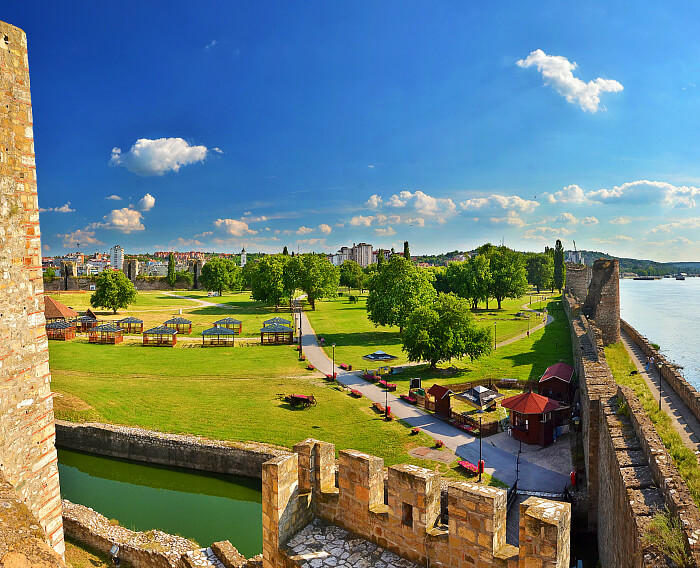 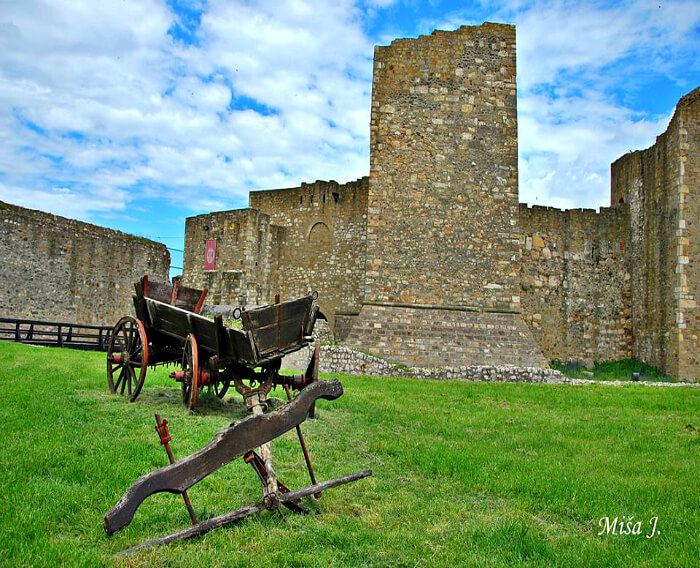 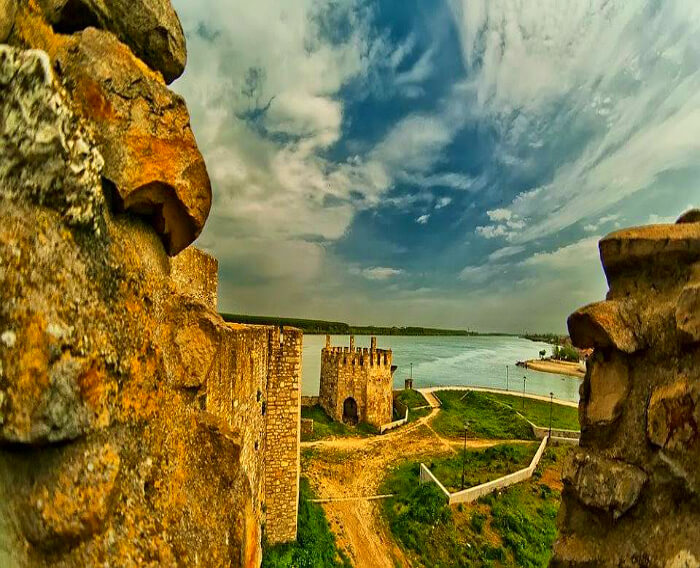 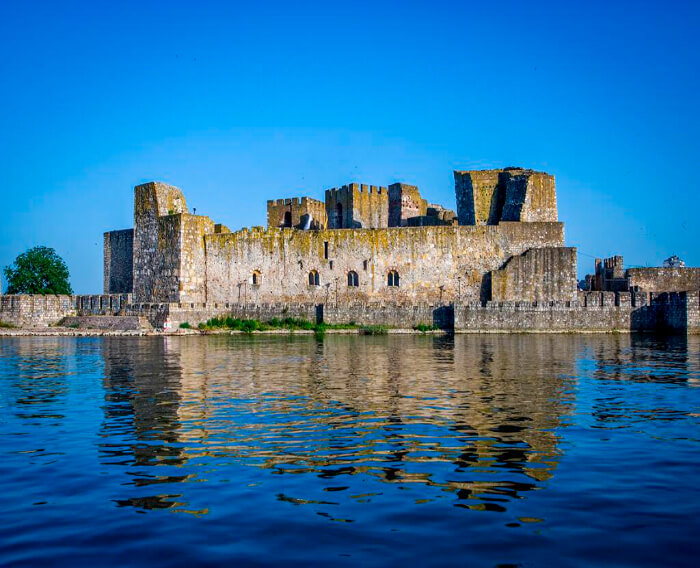 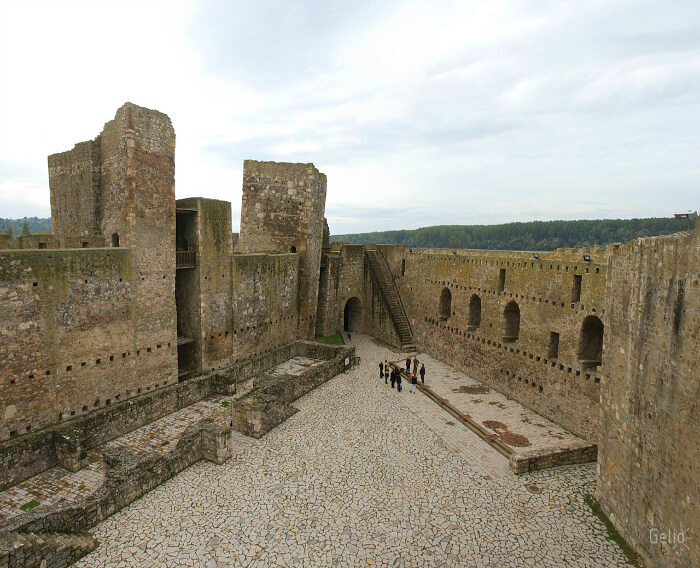 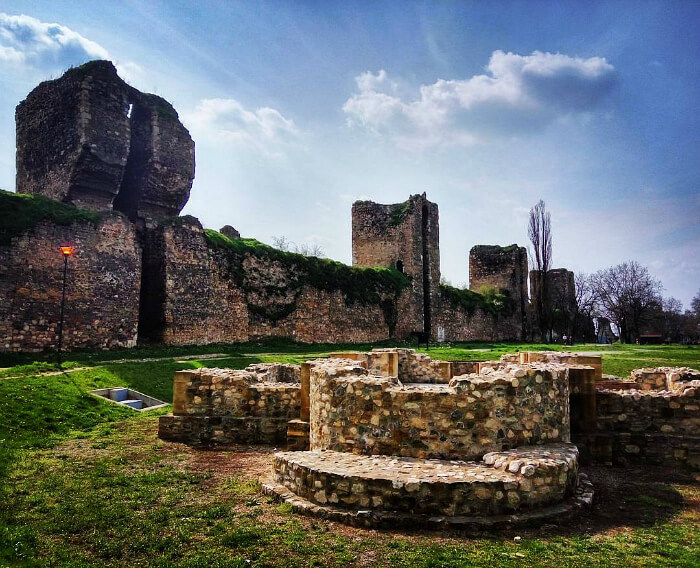 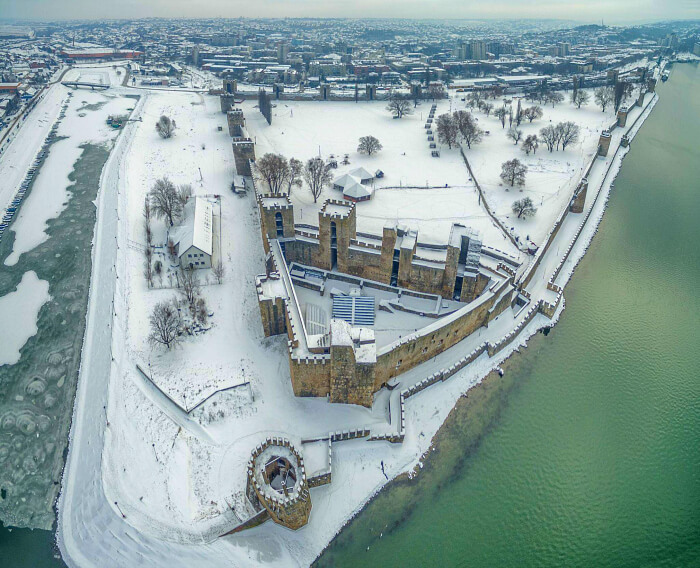 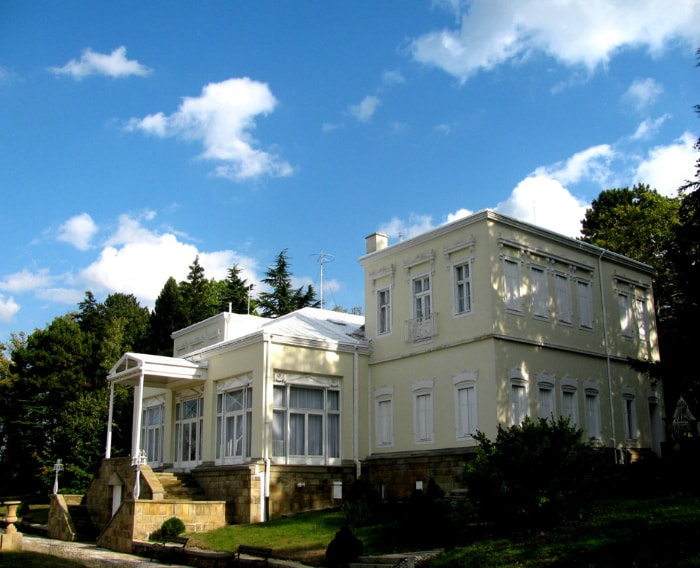 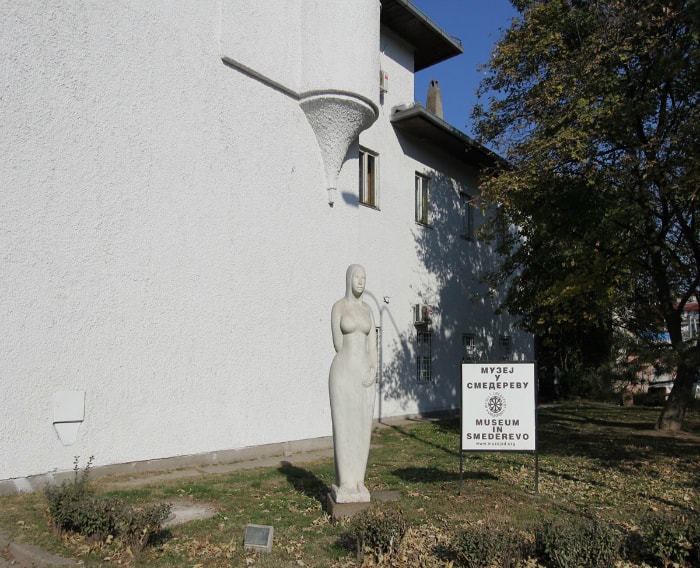